The American Artist Rick Rush’s painting “SuperCam,” featuring Cam Newton, the quarterback of Auburn University’s 2010 National Championship football team, can be viewed at the American Sport Art Museum and Archives in Daphne, Ala.

For 40 years, the Academy’s 2011 Sport Artist of the Year, Rick Rush, has portrayed the motion of sport in astounding works of art. Since early childhood, the painter and sketcher from Tuscaloosa, Ala., has shown a fondness for both art and sport.

Rush employs collage backgrounds and varying colors and styles, along with using the action of sport in pictures, to capture the significance of a sporting event. This is evident in “Fairy Tale Finish,” where he used a storybook-style animated sketch to portray a 1979 NFL game between the Dallas Cowboys and the Washington Redskins.

Rush graduated with a Bachelor of Arts from the University of Alabama in 1972 after studying under the late and well-known artist, Richard Brough.

Almost immediately after graduation, Rush was employed as a manager at Southern Living Gallery of Oxmoor House in Birmingham, Ala. In 1975, Rush made the decision to travel back to Tuscaloosa, Ala., where he and his brother, Don, opened Rush Galleries. 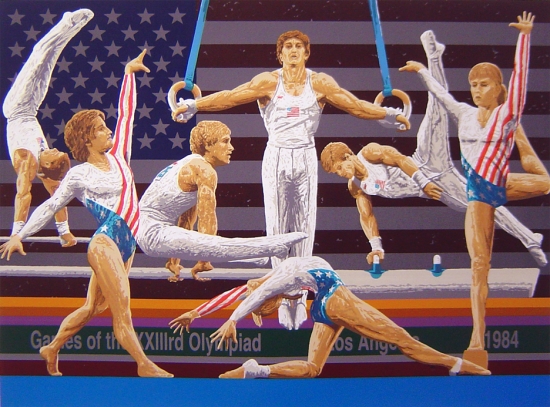 In addition, Rush’s art can be found at the All-England Lawn Tennis and Croquet Club (Wimbledon), the American Sport Art Museum and Archives in Daphne, Ala., and in the collections of many public museums and galleries around the world. 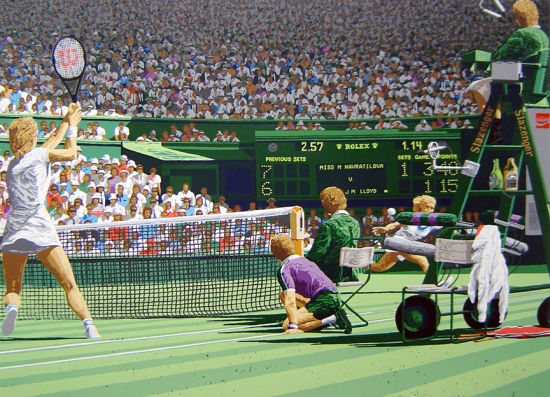 The 100th Anniversary of Women at Wimbledon

Rush goes beyond the mere visual portrayal of an event to capture the actual spirit of each particular occasion. In 1974, he made an appearance in the New Yorker in advertisement featuring four line drawings of tennis players.

Rush won a significant court battle for his right to draw, paint, and sell the images of star athletes when Tiger Woods sued for royalties on a painting Rush made of the golfer when he won the 1997 Master’s Golf Tournament.

In 2009, the Sixth Circuit Court of Appeals ruled in Rush’s favor, finding paintings to be a form of artistic expression, and the protection of such works under the First Amendment to outweigh whatever interest the state may have in enforcing the right of publicity.