“What a barren world this would be without ART!” ~ John Robinson, From the Beginning Onwards 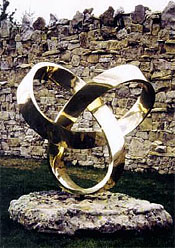 Began the Universe Series of Symbolic Sculpture
1970
Created “Acrobats,” a five meter tall sculpture found in eight locations in the world
1979
Created “Bonds of Friendship” placed in Sydney Cove to symbolize that “trust is the basis of peace” to commemorate the landing of “the First Fleet” in 1774
1982
Sculptures appeared in the Royal Academy Summer Exhibition
1982
Commissioned to do portraits of Her Majesty Queen Elizabeth II, Her Majesty the Queen Mother, and President Ronald Reagan. 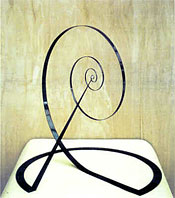 Created “The Pathfinder,” now on the United States Sports Academy Campus in Daphne, Alabama
1986
Created several limited edition gold-plated maquettes
1988
Nominated the Official Sculptor for the British Olympic Committee
1988
Named Sport Artist of the Year by the United States Sports Academy
1989
The Universe Series first shown at Leeds University
1992
“The Gymnast” was selected for the Olympic Museum in Lausanne, Switzerland
Made an Honorary Fellow of the University of Wales
Co-founded the Bradshaw Foundation with the main objective to “discover, document and preserve ancient rock art around the world, and promote the study of early mankind’s artistic achievements.”