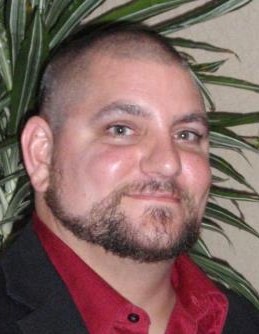 Martin Otto Linson is an emerging artist from St. Charles, Mo., who won the United States’ first gold medal of the 2012 London Olympics with his sculpture paying tribute to the Paralympic athlete.

He won first prize in the International Olympic Committee’s (IOC) Sport and Art Contest in the sculpture category against entries from 62 other countries with his bronze, “Omnipotent Triumph” that was displayed at the London Games. The sculpture features an Olympian crossing the finish line in his wheelchair with his arms uplifted in a triumphant “V” for victory pose.

Linson grew up the youngest of six children in an artistic family. His mother is an accomplished painter and his father is a master wood craftsman. Linson became interested in exploring the world of casting and fabrication of metal and began studying in 1999 under Harry Weber, a world-renowned sculptor from St. Louis. Linson also has worked for other prominent St. Louis-area masters of metal fabrication, such as Don Wiegand.

A commission artist and artisan, Linson has a unique style in the representation of the human anatomy that has brought him major commissions, such as the president of Lindenwood University. Linson’s artworks are found in numerous private collections.

Linson has overseen the installation of more than 30 monumental and life-scaled works for public display by many well-known artists, such as Bernar Venet, Weber, Wiegand, Bob Dick, Kenneth Snelson and Lynn Chadwick.

Linson owns and operates Linson Studios and Lighthouse Screen Printing. He teaches art at Lindenwood University, where he earned his bachelor’s and master’s in Fine Art, and at The St. Louis Art Institute. In addition, Linson is the Fine Arts Sculpture Center executive vice president.