From his one-man shows and museum selections to his academic appointments and many awards, Tinkelman’s groundbreaking career has conquered the top echelons of the art world for several decades. He became as well known for illustrations in distinguished mainstream publications as he was for his cult audience science fiction work. 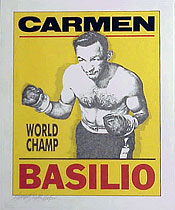 As science fiction writer Lester del Rey said of Tinkelman’s expressionistic style, “He caught the feeling of fantasy behind the shudders, and gave it form and grace” (tinkelmanstudio.com). In all his triumphs, his generous acknowledgement of the contributions of previous “anonymous journeyman illustrators,” key mentors, and fellow artists contributed as much to his renown as his art skills.

As a successful artist, Tinkelman translated some of his public clout into a benefit for some courageous sports underdogs. He invited 168 prominent artists from around the U.S.A. to paint their interpretation of a baseball card. Most of the resulting cards are autographed by the famous baseball players presented. Fifty percent of the proceeds of the exhibition’s rental fee went to the Special Olympics in each city that contracted the popular and ongoing show. 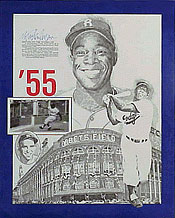 Tinkelman shares his enthusiasm for the colorful history of illustration in his renowned lecture series. According to Sotheby’s Institute of Art Public Programs Manager, Sara Moore, “Aside from being an accomplished artist, Murray Tinkelman is a fantastic lecturer… He initiated a dialogue that I wish all of our lecturers could do.” His humor and astute analysis have propelled his talks to the realm of academic legend. Elizabeth Traynor, Chairman of Illustration at Delaware College of Art & Design enthuses, “Not only did he charm our students, faculty, staff and the public with his witty and entertaining lecture, but he opened their eyes and minds to the history and foibles of the illustration and design fields as well as his own illustrious career.” Tinkelman enjoys passing on his knowledge and motivating the next generation to greater heights.

“He always leaves his audience inspired to take their own work to a higher level.”
Terrence Brown, Director, Former Director, The Society of Illustrators, New York 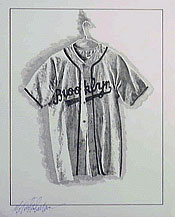 Often modesty does not accompany fame. Here Tinkelman breaks the mold again. Told by a perceptive interviewer that he was credited with spearheading the major shift in commercial illustration styles in the 1960s, Tinkelman commented, “I would love to take credit for something like that, but I don’t think that would be accurate… Things were changing” (Neil Shapiro, Illustration Magazine, 2006; p.55). Tinkelman’s work has enriched our collective vision and heightened our expectations for excellence in illustration. He has been dubbed “Creator of Gold Standard Graphics.” Considering his self-effacing, wry perspective, on hearing that title, it’s a good bet he’d be thinking, “When you call me that, smile!”