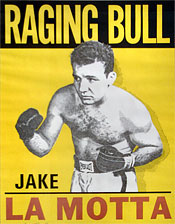 As in his fascination for the world of cowboys and Indians, Tinkelman gravitated toward eccentric, colorful arenas and the characters that inhabited them past and present. When he couldn’t find enough quirky characters in real life, he invented them. As an illustrator, he developed a specialty in science fiction and genre books, making imaginary critters and their worlds visible through his art. In advertising, Tinkelman’s black and white detailed drawings of odd machines and personalities stood out starkly among the other artists’ romantic, bright palette magazine illustrations.

During an interview by ASAMA Art Curator, Robert Zimlich, Tinkelman cited the work of Italian painter, Giorgio Morandi as a major stylistic influence. Many of Morandi’s paintings from the early 1900s were done in the Metaphysic movement style. Later in the mid-1900s his work became focused on the Futurist movement. An eloquent draughtsman, Morandi produced many refined etchings as well as paintings. He used a nearly monochromatic palette with muted tones and spare content, all of which produced representations of real objects that seemed nearly abstract. His work is striking in its apparent simplicity that belies sophisticated concept and technique. His spare still life works are considered key forerunners of Minimalism. The iconoclastic filmmaker, Federico Fellini was a great admirer of Morandi’s groundbreaking work. Morandi’s concentration on hazy atmospheres, black and white palettes, and real objects in unusual relationships strongly influenced Tinkelman’s artistic vision. As Morandi did, Tinkelman developed a unique artistic language and did not hesitate to follow his own views even when they went against the crowd’s. 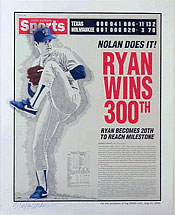 In sports as well as in science fiction movies, Tinkelman turned the spotlight on the underdogs, and the nobility of their struggles. From rough and tumble athletes, cowboys, rodeo clowns and motorcycle riders to movie monsters on the run, Tinkelman views them all as sympathetic misfits trying to make it in a world fraught with desire and danger.

“I’ve always had a soft spot for King Kong. We share the same birthday, we were both born in 1933, and neither of us like ocean voyages… The poor guy was gassed, gorilla-napped and brought back to New York in chains… Poor Kong met his fate like all too many New Yorkers. He was chased, and machine gunned and fell to his death in midtown Manhattan in front of a gawking and unsympathetic mob” (tinkelmanstudio.com). 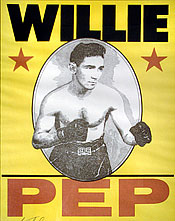 Often Tinkelman constructed creatures in his drawings that were combinations of beast and machine. These imaginary crossbreeds elicit the conflicting feelings of fondness and fear that most of us have for the machines that have grown to dominate our living. Fascination with newly emerging machines was characteristic of much art of the 1960s and ‘70s. Tinkelman captured the trend early and best, with a rare thoroughness, subtlety, and humor. Tinkelman’s warm attitude toward the robots he created was formed in the 1940s and ‘50s. These were times before the American affair with machinery had passed into later stages when some of the more sinister effects of these inventions had shown their true teeth and exacted their full price.

“I love machinery. I love drawings, photographs and diagrams of machinery, particularly diagrams. They look important, they demand respect, and they inspire confidence… The blueprint also is… looked upon with awe by the mechanically illiterate, such as myself. These drawings are my semi-respectful homage to all the model airplanes that I almost completed… and to those… engravings that graced the pages of the… encyclopedias of my youth” (tinkelmanstudio.com). 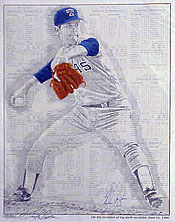 Tinkelman drew each of his beloved hybrid creatures with the precision and realism of an exacting master draughtsman and alien medical illustrator. Former Art Director, U & LC, Herb Lubalin says of Tinkelman’s outstanding graphics: “Tinkelman’s mechanical animals are the combined accomplishment of a creative mind and a dexterous hand, two characteristics so often missed in today’s so called ‘art’ in America. Murray Tinkelman’s contributions to the graphic arts lend considerable luster to an already illustrious profession”(tinkelmanstudio.com). His fondness for the phantasmagoria of the machine age marked the fading of the people-centered Norman Rockwell image of America and heralded the more technology-centered society and art to come.

‘Hang It and They Will Come’ Event Poster