Like many children, Sheila Wolk wanted to be an athlete growing up. Unfortunately, bad knees didn’t allow her to participate like she’d hoped. Wolk had dreams of becoming a competitive swimmer, but two dislocated kneecaps served as a roadblock.

So Wolk went in different directions, taking up sports like golf, archery, billiards, and darts.

“I appreciate sports,” she once said. “Even if it’s just rifle shooting. If there’s a TV movie on that’s about sports, I’ll watch that too.” 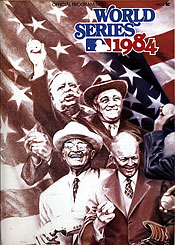 Wolk was a graduate of the Corcoran School of Art, an affiliate of George Washington University. She also studied at Britain’s Leeds School of Art, New York’s School of Visual Arts and the Kansas City Art Institute. Her career began as an art director for a pharmaceutical advertising agency and as a medical illustrator. Demonstrating her skills in the human form, she produced her first pastel in sport art with a 1978 boxing match.

Wolk began her fine art education in the 1960s before switching to commercial art.

“I was going to leave home and needed to find a job,” she said. “It was easier to earn money through commercial art than struggling as a fine artist waiting to be discovered.

After eight years with an advertising agency, Wolk returned to freelancing. She went on to open a business with an original line of tote bags, including the first silk-screened canvas tote bag in America, the Volkswagen Tote Bag. The line expanded to include baby night shirts, but the operation was shut down across America by the government when a fire retardant chemical, “triss,” used to produce the shirts was banned. The development left Wolk devastated and bankrupt.

Wolk entered the sport artist field shortly after her business venture, and quickly rose to the top of her profession. She earned praise for her depictions of everything from horse racing, baseball, tennis, football and golf. A review from a New York City show offered this praise: “Her descriptive skill is up to any moment and her draftsmanship is without question.”