“To perpetuate the African and African-American oral tradition… African storytellers – griots – were the true ‘Keepers Of The Culture.’ Their role as historians of the community helped people maintain a strong, positive sense of self and a clear understanding of the values of the community… The griot presence insured that the history, culture and values of a people would be passed on… to educate and nurture individual and collective self-esteem and foster pride of culture in our community – especially in our children… to restore storytelling to its traditional place of importance in the African-American community.” ~ Keepers Of The Culture; www.angelfire.com 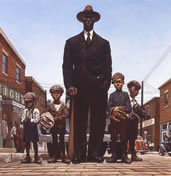 Storytelling in its varied, rich forms is as old as human culture and functions at the core of defining identity and building character in social groups worldwide. In several African traditions, the head storyteller is called a griot and holds a place of affection and honor in the community. The master painter, Kadir Nelson, has a passion for history and a special genius for telling its edifying tales in his artworks.

“I want to tell stories…I want to honor these men and the history they created… What I try to do is bring these subjects to life.” ~ Kadir Nelson; www.kadirnelson.com

Rube and the Giants

Before they become immersed in the visual stories being told, viewers of Nelson’s paintings may be swept into contemplation of several other signature aspects of his work that can dominate one’s attention at first glance: the highly cultivated draftsmanship that verges on photo-realism; the frequent penchant for elongating areas of the human body to emphasize movements or moods; the cool, airy color palette that mirrors Nelson’s Pacific coast atmosphere; the sense of internal calm amid chaos that permeates even the busiest of his scenes; the striking structures of each character’s actions that give the finished image the unmistakable look of a freeze-frame camera shot. All these aspects are important and contribute to the paintings’ impact. However, the subtle elements of Nelson’s visual storytelling are what give the works their most enduring cultural power as well as profound emotional value. 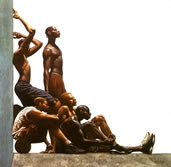 After catching the breath from wonder at the technical skills displayed in Nelson’s paintings, viewers next can focus on the intricacies of the stories spread out before them. Each baseball or basketball player, each coach, young fan or mature spectator painted radiates with individuality and a sense of personal history that draw the viewer into the picture’s world. Though Nelson covers a wide variety of subjects, from Abraham Lincoln to singing animals, in his artworks, he is best known for his portrayals of sports scenes and athletic icons. In a change from the magazine’s standard placement for non-athletes’ photos, Nelson was even pictured on the cover of Sports Illustrated when his paintings appeared in an article in the issue.

“Not too many people get on the cover of Sports Illustrated without scoring a point!” ~ Kadir Nelson, Voice of San Diego, April 1, 2008 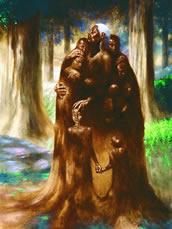 Nelson’s tour de force, seven years in the making, is his combination of dozens of illustrations from a series of large original oil paintings plus written text titled, We Are the Ship: The Story of Negro League Baseball. There were superstar caliber athletes in Negro League Baseball, but relatively few people knew of them because of the segregated social and sports policies of early to mid-20th century America. Nelson’s book corrects the record, tells their stories, and inspires thousands of people today. Published in 2008 in the category of children’s literature, the work was recognized for its significance beyond the scope of most youth books and became a New York Times best seller. In 2009, the book gained Nelson the Coretta Scott King Book Award and Illustration Honor, the NCTE Orbis Pictus Award, and the Sibert Medal.

“Author-illustrator Kadir Nelson’s text is so engrossing – and his oil paintings so evocative – that the rubric is inadequate. Nelson’s soulful work about this long-neglected brand of our national pastime… demands an all-ages audience.” ~ David Davis, ‘Stepping Up to the Plate,’ Los Angeles Times, March 30, 2008 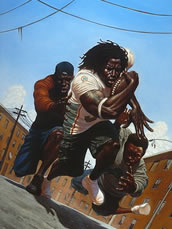 Nelson’s passion for painting began when he was very young. Nelson believes, “I have always been an artist. It’s part of my DNA”(www.kadirnelson.com). Encouraged by an uncle who was an artist, Nelson determined to become a professional painter. After high school, Nelson won a scholarship to train in art at the prestigious Pratt Institute in Brooklyn. While a student there, he was commissioned to paint legendary athletes, Satchel Paige and Josh Gibson. Doing the research for this work led him to discover the stories of Negro League Baseball and the hardships and triumphs of the dedicated players during the 1920s to the 1940s.

Hollywood producers, Steven Spielberg’s Dreamworks studio recognized Nelson’s talent for historical illustrations when they hired him for major visual development work on the 1997 movie, Amistad. The film tells the story of a group of slaves shipped to America who succeeded in gaining the right to return to Africa. Nelson illustrated the film’s companion book. The studio also hired him to work on the animated film, Spirit. 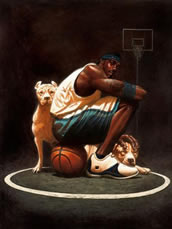 In 2008, Nelson’s oil painting, Anatomy of Team Handball, won the top graphic award in the sport art competition co-sponsored by the United States Olympic Committee and the United States Sports Academy. This painting went on to win another international competition for display at the 2008 Olympics in Beijing. Nelson has designed stamps for the U.S. Postal Service, including one featuring a majestic portrait of Anna Julia Cooper, a feminist and scholar, as part of the 2009 Black Heritage stamp series, and a double stamp featuring Rube Foster, founder of the Negro National Baseball League, released in 2010.

Nelson’s artworks are held in many galleries, museums, and private collections and have attracted an impressive clientele list that includes Will Smith, Spike Lee, Denzel Washington, Queen Latifah, Venus Williams, and Shaquille O’Neal. 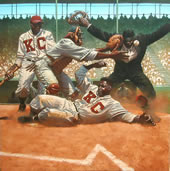 A groundbreaking painter and born visual storyteller, this contemporary San Diego griot mines the richness of his artistic DNA to capture some of the most iconic images of the most overlooked as well as the most famous historic moments in American sports in his unique and masterful style. If a picture communicates a thousand words, then each of Kadir Nelson’s remarkable works of visual history is a tapestry that tells a thousand stories for us all to learn from and enjoy forever.