“I portray those recognized as giants of achievement by all humanity. My vow is to use my capacity and talent to portray them. Then I will stand the likenesses of those great souls in the sunshine to be shared with the people.” ~ Xikun Yuan; www.cctv.com; 3/11/2008 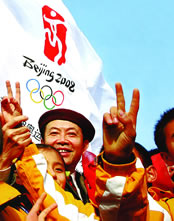 Yuan in front of 2008 Olympic flag 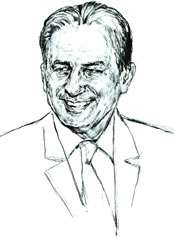