DANIEL MOORE – “CAPTURING THE CLASSICS” – 2005 SPORT ARTIST OF THE YEAR

Daniel A. Moore has been commissioned to create artworks for numerous professional sports organizations, including: 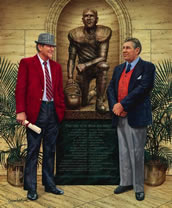