“Rodin always spoke to my heart, urging that I be forthright and sincere. His works told me, ‘Nature is your life. Art is my religion’ I sing its praises every day. The master inspired me to become a sculptor.” ~ Xikun Yuan; www.cctv.com; 3/11/2008

Yuan sculpting while on phone

The French sculptor, Auguste Rodin, focused his work on telling stories through the human form and its relationship to its surroundings. Many of Rodin’s most powerful and popular sculptures define graceful figures still partially submerged in stone, as though they are struggling to free themselves from something in their environment contrary to freedom. Rodin was a master of sculpting the human form who intentionally distorted proportions or left some areas rough hewn in order to symbolize the emotions and stories that he wanted to convey. With some elements of Symbolist style, Rodin’s work mainly exhibits elements of Expressionism. 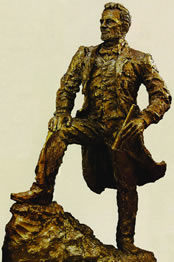 Expressionism is an art movement in which feeling and interpretation are given more dominance than intellectual and realistic precision. In painting, Expressionists used unnatural colors and distortions of form to communicate their feelings about their subjects. In unpainted sculpture made of monochrome bronze, wood, or marble, form distortion is the primary vehicle for communicating feeling.

Expressionist techniques suit Yuan’s purposes well. His bronze portraits of famous diplomats and cultural heroes are representational but not strictly anatomically precise, varying according to the feelings that Yuan wants to convey about the subject and the stories that surround the character. Yuan’s focus on historical figures and movements leads him to choose subjects who have influenced history in a positive way for the good of their community. Many of his projects aim to bring people from different countries together and increase inter-cultural respect. Programs such as the Olympic art competitions and the Latin America-China friendship projects sponsored by his Jintal Art Museum in Beijing are prime examples of his enlightened international work.

“I admire these Latin American heroes from the bottom of my heart. They had dedicated their lives to the freedom and welfare of the Latin American people, and they possessed the virtues long respected in the Chinese culture.” ~ Xikun Yuan; People’s Daily Online, 2/3/2005 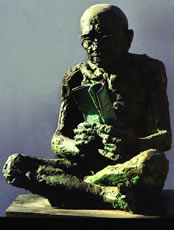 Yuan’s compassion and respect extend not only to people but also to animals and the natural environment. In 2007, he produced a sculpture titled, “Worry in the Polar Lands,” for World Environment Protection Day to bring more attention to saving the polar environment. He also sculpted a giant bronze tiger titled, “Spirit of the Forest,” for the Beijing Zoo to advocate wild animal protection.

“I am a person full of adoration. If first I can move myself, then I can move others. So I throw much of my energy into portraying people who have greatly influenced history.” ~ Xikun Yuan; www.cctv.com; 3/11/2008 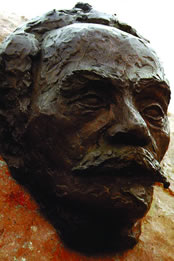 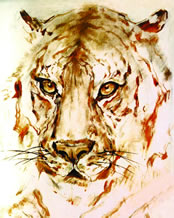